I had a very busy day… Of waiting. First, it was supposed to be a really busy day. Then I skipped a meeting to get caught up and was feeling really good. I was leaving right around 1 to catch a flight to Columbus. I checked my phone to see a notice from Delta that my flight was delayed… 3 hours! So I put my bag down and worked some more.

After feeling REALLY caught up, I went home, picked up Dave and headed to the airport… Where we waited in snowy traffic.

We got to the airport and sat down for dinner… Only to see that our flight was cancelled!! So we went to the counter and was told that we were rebooked on a 9 am through Detroit. The lady told us there was a 7 pm we could go standby on. So we grabbed some food and waited some more! 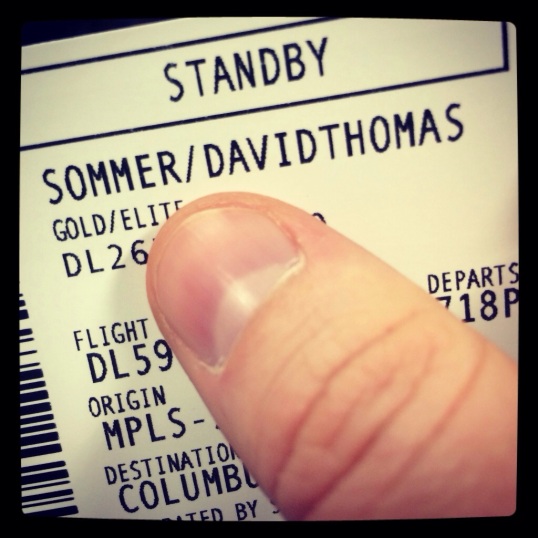 There were about 18 people on standby and we were numbers 6&7. My name was called for the last seat. I told the agent that I was traveling with someone else and she asked if we’d split up. I said no and magically a second seat appeared!

So, we caught the last two seats on a snowy, windy flight. Then we drove the 1 hr to Courthouse. But at least we are here.

A Month at a Glance